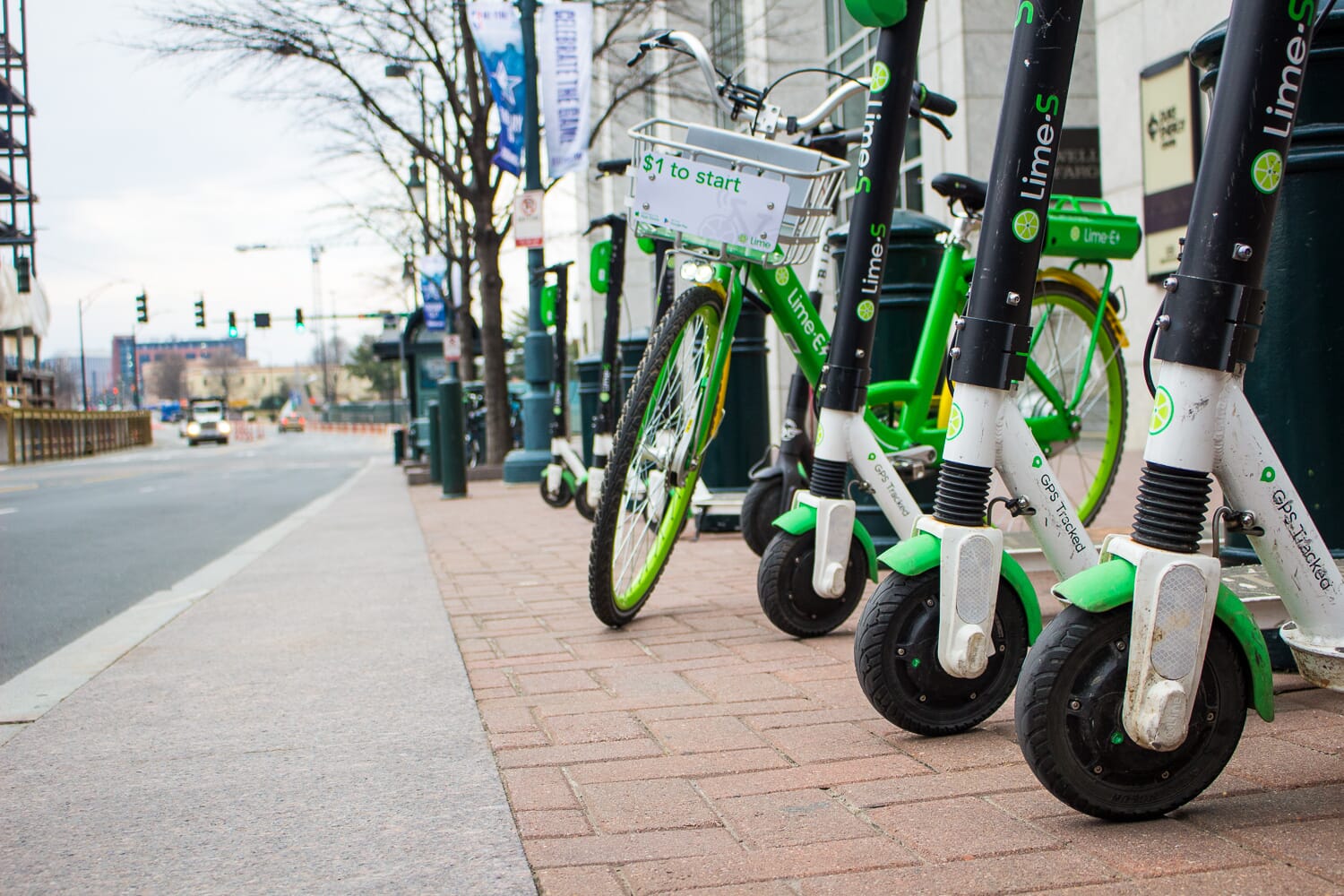 “Life is like riding a bicycle.  To keep your balance, you must keep moving”

At the heart of our company, Urban MVMNT seeks to inspire movement and we believe that movement is all things physical, emotional, social and vital.  And with our intimate relationship with the Queen City’s amazing growth spurt over the past decade, we have a strong opinion on an emerging and, sometimes controversial, topic - micromobility in CLT.

Essentially, it’s a fancy way of describing the new-age mode of transportation that consists of electric scooters, bike-sharing, pedal-assisted electric bikes, and even electric skateboards.

Often referred to as ‘last mile’ transportation, these lightweight vehicles have become common in areas with large urbanization.  You probably remember when B-Cycle came on the scene with the first wave of bike-sharing, where you would pick up and return your bike at the many docking stations around Charlotte.

Then came Lime, Bird, and Spin with their massive fleet of rentable scooters. You see them gliding through the city as people commute into Uptown for work or as quick, cheap transport in-between breweries on the weekend and making them probably the most recognizable transportation in the micromobility family.

Additionally, you may have noticed an increase of independently owned electric transportation in the form of e-skateboards and fully powered e-bikes.

Consecintley, it seems the citizens and the city officials of CLT have spoken because as of January 14, 2019, Charlotte adopted the e-scooter program and created a series of regulations to keep all parties involved safe and accountable - even a restricted area where scooters must ride on the streets vs. sidewalk due to higher pedestrian traffic. 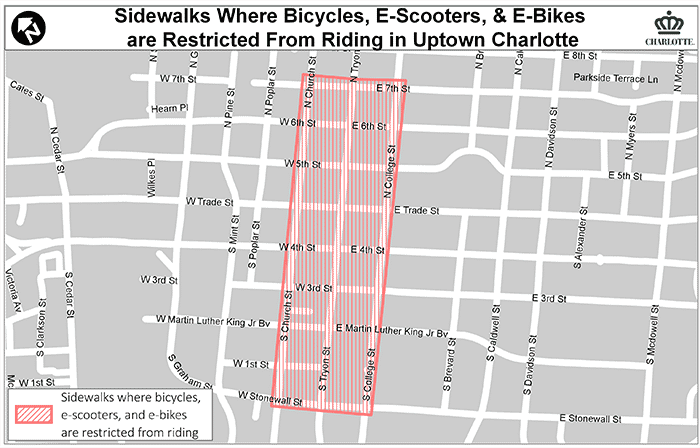 SURE SCOOTERS ARE COOL, BUT ARE THEY CAUSING MORE PROBLEMS THAN THEY'RE WORTH?

A common sentiment among some is that the electric scooters:

Fair enough.  Are scooters dangerous?  Arguably as equally as dangerous as a car, bike, running or any mode of transportation. 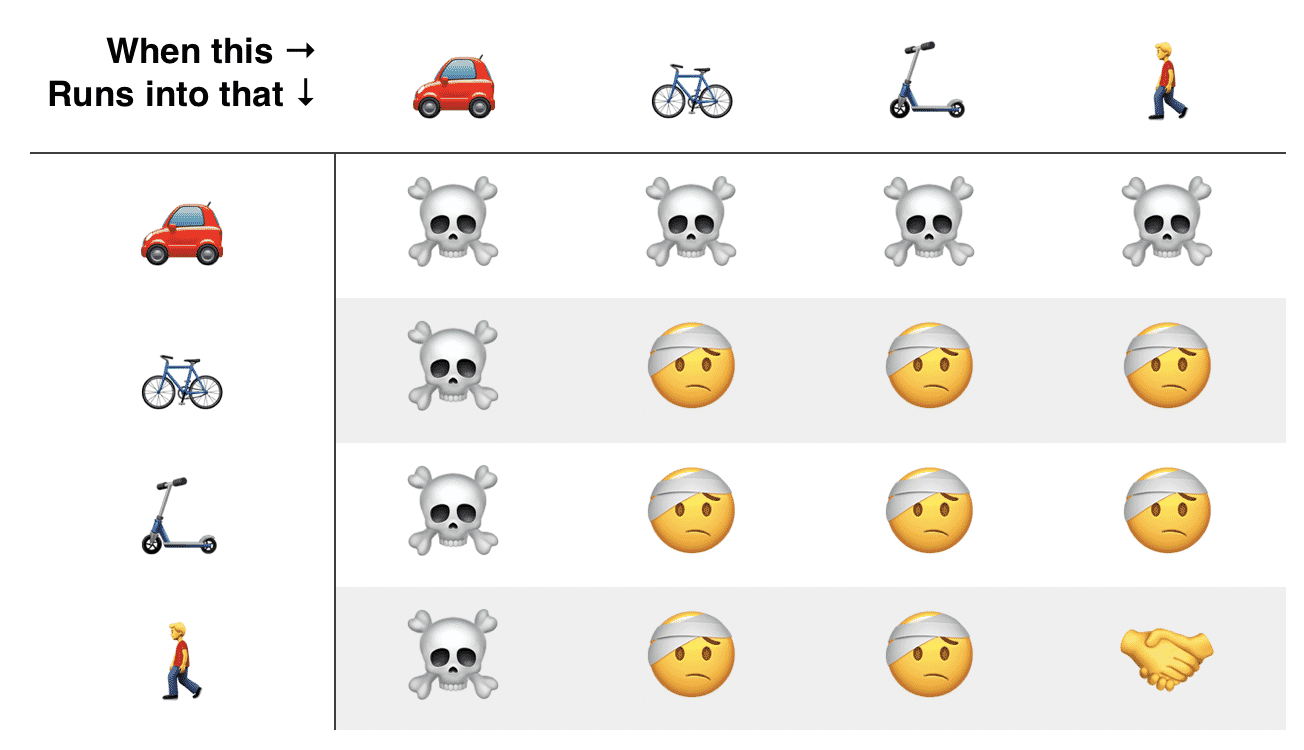 Also, have you ever tried to text and ride on a scooter?  Practically impossible. Both hands are needed when zipping along on your Lime scooter, but then you have McKenzie reposting memes while FaceTiming her mother as she changes lanes on East Blvd in her vehicle #dolessKaren.

But we believe the real merit of micromobility and why we are such fans exists when you zoom out to discuss the opportunity at hand - how this movement is directly improving heavily-populated areas and the timeless problems congested cities have faced.

Newsflash:  CLT is one of the fastest-growing cities in the country and it doesn’t take a native unicorn to realize that our streets are getting busier and busier by the month.

When we first relocated our business to LoSo on Clanton Rd., the average commute for our members from Uptown to Urban MVMNT was under 5 minutes - now we are getting reports of double that...sometimes longer depending on if you hit a Blue Line crossing.

And while the anecdotal data from our members was enough to get us curious, further research emphasized their point and pointed to the larger problem at hand - most of the traffic we encounter is a result of short duration commutes that could be outsourced to alternative transportation.  Here are some numbers:

Almost 50% of the vehicular traffic in Charlotte is traveling 3 miles or less - think about that!   The majority of us are getting into our cars to go to work, the grocery store or run errands, all to a destination that is less than 3 miles away but it’s taking us 15+ minutes of traffic to get there.

And for those of you who think Charlotte is going to become the next Atlanta, well they lose 129 hours annually to sitting in traffic.

But if you’ve chosen to live in a highly dense area - why would we opt into getting into our cars so often?

Isn’t that the reason that we all flock to neighborhoods like South End, Dilworth, Plaza Midwood, and NoDa so much…for the walkability?

We brag to our out-of-state friends how awesome it is that we can walk everywhere, yet we are getting our cars out of parking garages, onto busy South Blvd, commuting for 10+ minutes and traveling less than a mile to run to the store because you ran out of ranch.

In all seriousness though, we can all see that the main arteries into Uptown (South Blvd and North Tryon) are becoming parking lots during the morning commute and evening hours - with no sign of slowing down as more people opt to make the Queen City their new home.

One of the most common drawbacks to living in a borough where bars, retail, restaurants, and other attractions are on every corner is the cost of living.  The average 1 bedroom apartment in Charlotte is ~$1,500/mo. But the justification is simple and typically always wins: Location.

If you’ve opted into living in one of the hip, densely packed neighborhoods with everything you need within a few mile radius, you might as well embrace it by commuting in such a way - walk, run, take the Light Rail, rent a scooter or if needed, hail an Uber.

Because one thing is for certain - when you eventually move to the burbs, you'll long for the days when you were able to scoot down to Tyber Creek or walk to a Sunday tailgate.

SO HERE'S OUR TAKE ON THE SCOOTER SHENANIGANS...

We understand how lucky we are to be living in one of the most vibrantly growing cities in the country.  We also understand that with that luxury also comes some growing pains.

But unlike the comments section in the Charlotte Agenda, we see the increase in traffic,  apartments, and breweries as a sign of growth - and we believe that micromobility and the cities adaptation of it can significantly decrease our clogged streets and reduce commute times with a more economical and honestly - fun AF way to get around your city.

And if you think riding a scooter is fun, just wait for the new fleet of Bird Cruisers to show up 😍.